Although meditation has been used to alleviate somatic symptoms in adults, there is little literature on this issue in children. School-based meditation programs are mainly used to increase attention control and self-awareness in children. Here, however, we evaluate the effects of a three-month school-based psychoeducational meditation and interoceptive awareness program (EETB) on somatic symptoms in 281 children (126 females and 155 males) aged 6–9 years. Outcome measures were scores on the Children’s Somatisation Inventory (CSI) and KidScreen-10 for quality of life (QoL), administered at baseline and over the three-month program. ANOVA repeated measures showed a reduction in somatic symptoms (F = 46.43; P < .0001; η = .14; Cohen’s d effect size: 0.538) while there was little effect on QoL (F = 4.63, P = .003; η = 0.016; Cohen’s d effect size: 0.010). Emotional awareness (EA) influenced QoL, but not CSI outcome. The EETB program is effective at reducing somatic symptoms, even one month after baseline. As EA cognitive abilities increase after age 8, the application of this project in even younger children indicates that a state of general well-being requires enough emotional awareness to be perceived. (Adv Mind Body Med. 2020;34(4):17-23.) 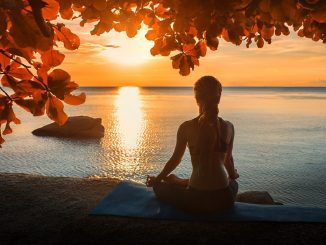